From Rise to Ruins – a programme of digital talks 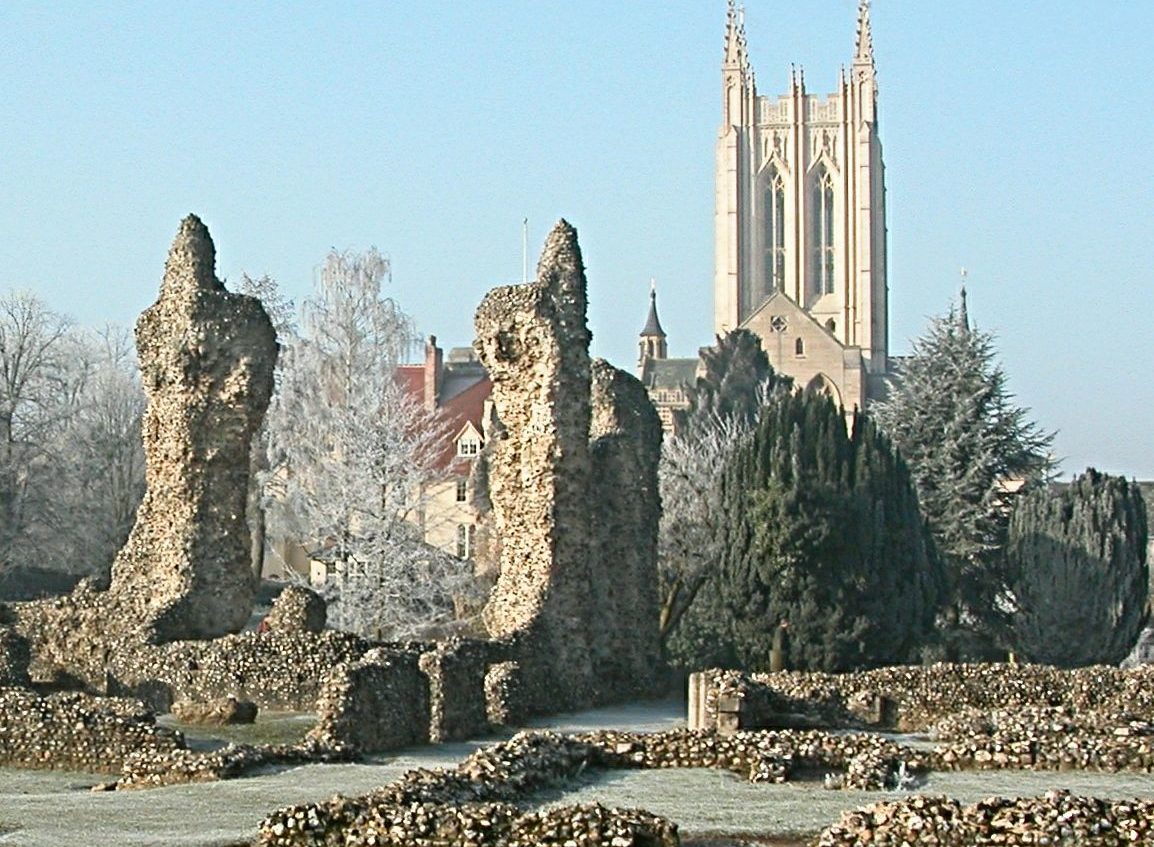 The Abbey of St Edmund Heritage Partnership and the Suffolk Institute of Archaeology & History is adapting their Millennium Conference, planned for October 2020, into four online talks streamed free from St Edmundsbury Cathedral.  The talks start November 2020 and finish March 2021.  These will go under the title ‘From Rise to Ruins’.

This series of talks is aimed at improving our understanding of what was there and what has, over time, been lost, so that people can fully appreciate the importance of the Abbey of St Edmund.

The speakers draw upon the vast body of research carried out since the Abbey was closed down (dissolved) in 1539.  This research covers many different aspects, each of which can which help us to understand the true splendour of the Abbey and how it worked within the medieval world, now lost.

The Abbey, the Antiquaries and the Archaeologists: Discovering the Abbey of St Edmund

If you have enjoyed any of these talks, please consider a donation to us here

The Relationship between the Abbey and the Town 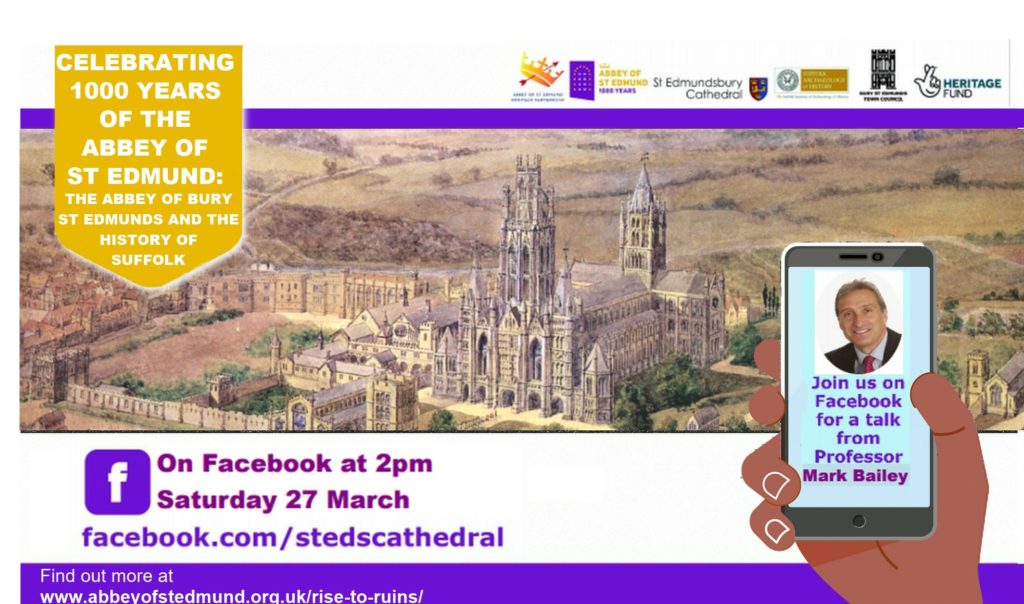 The Abbey of Bury St Edmunds and the History of Suffolk

Some questions and answers from the end of Professor Mark Bailey’s talk:

Where are the library and archival records held – also, is information from them described in the speaker’s books?

There are 270 books from the medieval library still known to be in existence. Some are in private collections, but a good number are in the libraries of Oxbridge colleges, the Bodleian Library Oxford, Cambridge University Library, and the British Library.  The cartularies are scattered in many of the same locations. The manorial records are mainly in the Suffolk Record Office, though an important collection (the Bacon Collection) was sold to the University of Chicago Library in the early C20.

Has anything been written specifically about the Abbot’s manors and how he used them?

Antonia Gransden’s volumes on the abbey touch upon the estates in the C12 and C13, but are not detailed or systematic in their analysis of estate management or the internal allocation of the manors between the various obedientaries.  I used the manorial documents of the abbey’s Breckland manors to look at agriculture in that region  (A marginal economy? East Anglian Breckland in the late Middle Ages (Cambridge, 1989)), and an article on the abbey’s Breckland manors is imminent in the next edition of the Journal of Breckland Studies.  There are also a couple of chapters on the management of serfdom on the abbot and cellarer’s manors post 1350 in Decline of serfdom in late medieval England (2014).  Beyond this, there is no published work on the working of the abbot’s estates within the abbey…one day!

What are the most important bits of information you would hope to discover from archaeological research?

The most important aspect of the site is that it and its entire precinct has rested virtually undisturbed since the C16. All other major monastic sites/precincts in urban locations have either continued in use partially (e.g. Canterbury, Durham) and therefore suffered constant disturbance; or they have been largely built upon and developed as valuable urban real estate and the archaeological record lost (St Albans, Reading). So it is the extent and ‘purity’ of the archaeological record that is important if not unique.  We would expect to be able to piece together a full picture of what an entire major monastic precinct looked like, how the precinct operated, its phases of construction, and goodness knows what aspects of daily life.

Who were the burgesses? Were they elected townsfolk?

Burgesses were the leading members of a medieval borough.  They usually comprised around a quarter of the male adult population, so they were a minority, and elite. The majority of townsfolk were not burgesses.  Burgesses inherited their status through the male line, or could be elected to become a burgesses by an assembly of the other burgesses…and then pay an admission fee for the privilege.  Burgesses enjoyed greater privileges than other townsfolk, and they alone could serve in urban offices.

How far down the social scale did the protests of 1327 and 1381 go? Did the peasants/serfs revolt too?

There is plenty of evidence of rural peasants among the rioters and rebels, and in 1327 of attacks on the abbey’s rural manors (that’s how Bradfield Combust got its name). So we know that serfs and peasants were present on both occasions, and that they joined the mobs in the town itself.  The risings were however predominantly of townsfolk.

How far did the tensions between the town and the Abbey contribute to the later Dissolution of the Abbey ?

The extreme violence of the C14 was not a feature of the C15, and instead the burgesses stopped trying to obtain formal autonomy de jure (by demanding the abbey legal confirm that they can run their affairs without the abbey’s interference) and began to exercise more power de facto (e.g. the abbey retain the right to veto elections to town office, but just stopped exercising it; the burgesses used a religious gild as a vehicle for running their corporate business).  Likewise, the dissolution of the abbey was driven by national religious change far beyond the town-gown squabbles in Bury.  So there was no direct link. However, it is often said that the meagre physical remains of the abbey and precinct reflects the glee with which it was raided for souvenirs and building material after the dissolution. In that sense it is possible that the enmity explains the limited physical remains of the precinct.

Are there any plans to excavate any of the Abbey?

Not that I am aware!