The Abbey of St Edmund

Edmund was the King of the East Angles, until he was killed by the invading Danes in 869. In 903, Edmund’s body was brought to Bury St Edmunds, which was then called Beodricsworth.  King Canute founded an Abbey around Edmund’s tomb in 1020 and the shrine of St Edmund attracted pilgrims from all over Europe to visit and to say a prayer. 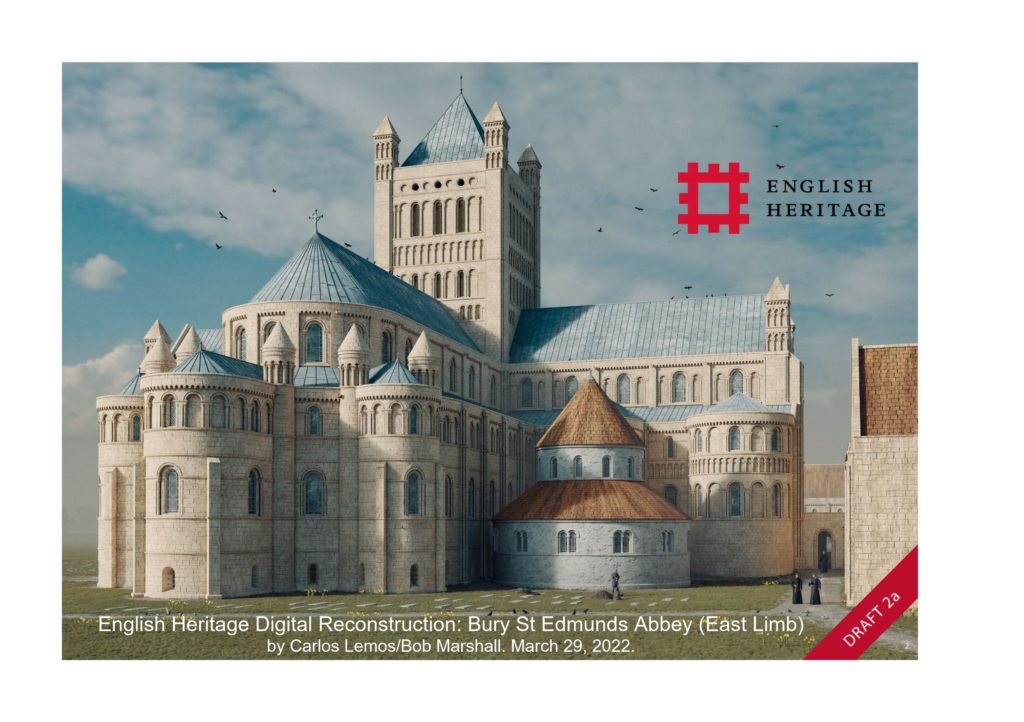 One of the exciting new digital reconstructions, from English Heritage, developed as part of their new Interpretation Panels scheme. This image shows Cnut’s Rotunda and the eastern end of the Abbey Church

Attracting the rich and powerful, as well as the humble and poor, numerous gifts, grants of land and revenues were donated to the Benedictine Abbey by visiting pilgrims, and the community became increasingly prosperous. In 1044, King Edward the Confessor endowed this church of the country’s patron saint by giving the monks authority to rule the whole of West Suffolk.

As feudal lords of this large area, the abbot and his ‘convent’ of monks were able to tax the many villagers.  As churchmen, the abbot and monks could also gather large tithe taxes and the heavy fees which had to be paid for baptisms, inheritance of properties, marriages and burials. The Abbey became one of the largest and most important in Europe.

The Abbey’s location as a place of national importance was secured in 1214 when, on November 20, St Edmund’s Day, a group of Barons secretly met in the Abbey and swore an oath to compel King John to accept The Charter of Liberties, which would, in 1215, become the Magna Carta. This document’s core principles of freedom, representation and the rule of law, underpin the constitutions of many democratic countries to this day, including the United States Bill of Rights and the Universal Declaration of Human Rights. This momentous act is remembered in the town’s motto: “Shrine of a King, Cradle of the Law”

The abbot and monks continued to wield their power throughout the years that followed. This was resented by the residents of Bury, and also in other towns that were owned by monasteries. Things eventually came to a head with widespread revolts in 1327, and in Bury, the rioting townsfolk destroyed the Abbey Gate.

The Abbey was finally closed down in 1539 as part of King Henry VIII’s dissolution of the monasteries, even though his sister Mary Tudor had been buried in the Abbey church just 6 years earlier. The Abbey was dismantled and gradually became the ruins that you can see today.

The Abbey remains are extensive and include the 11th century Norman Tower, the 14th century Abbey Gate (which replaced the earlier gateway destroyed by rebels), the impressive ruins of the crossing, crypt and cloister, and altered west front of the immense Abbey church, St Mary’s Church and part of the Cathedral. 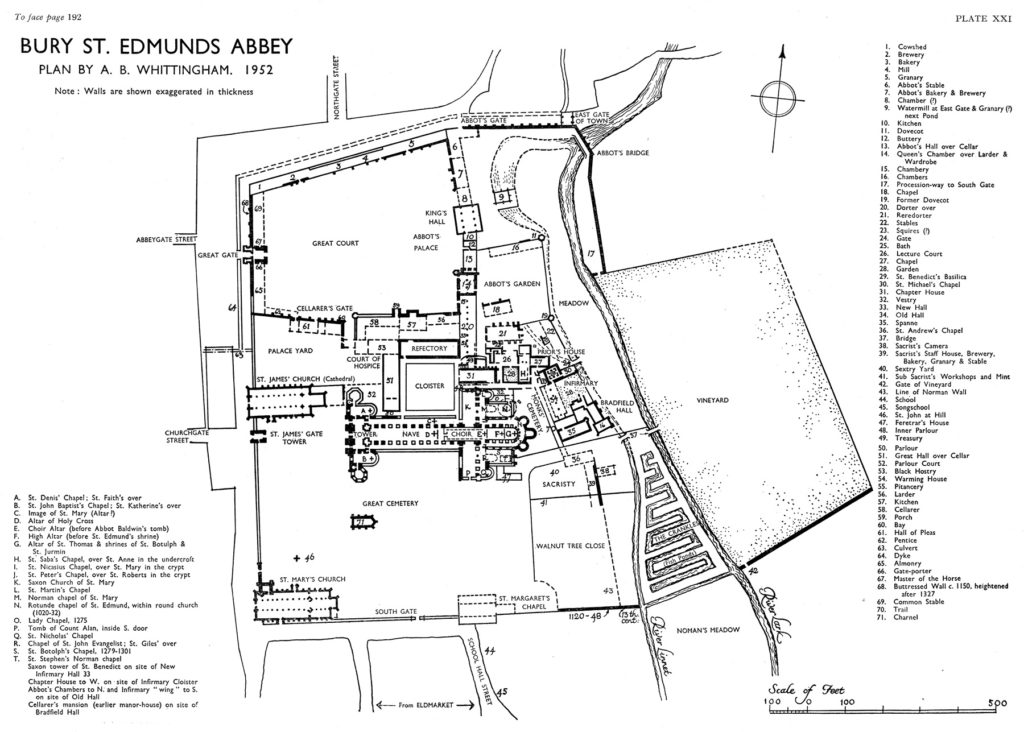 Now, the picturesque ruins lie in the beautiful, award-winning Abbey Gardens: part of the 60 acres of former Abbey Precinct that remain largely intact, as shown on the plan.  There are several interesting Grade I and II listed buildings and Scheduled Monuments within this historic religious enclave, which encompasses the Gardens, St Edmundsbury Cathedral, The Great Churchyard, St Mary’s Church, The Crankles, No Man’s Meadows and the land between the former Eastgate Nursery and the Vinefields. 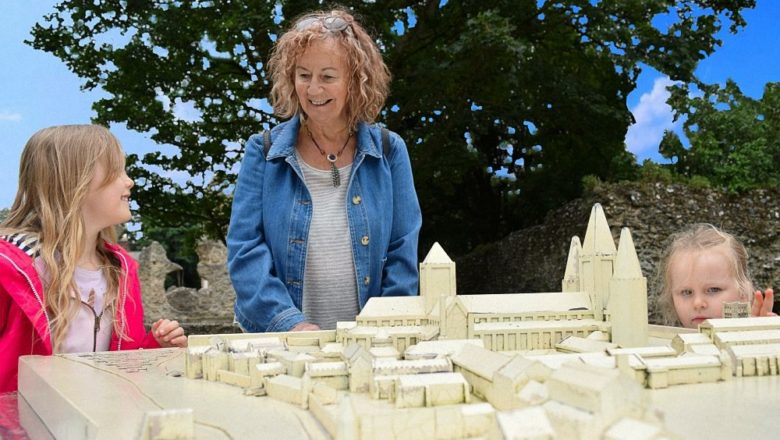 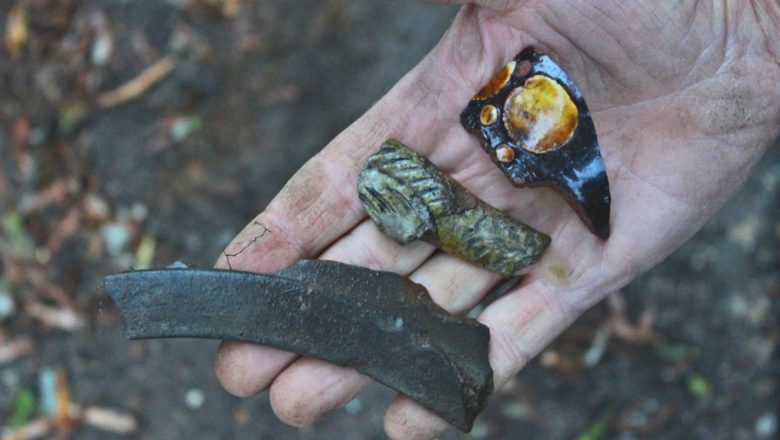