Who was Saint Edmund? 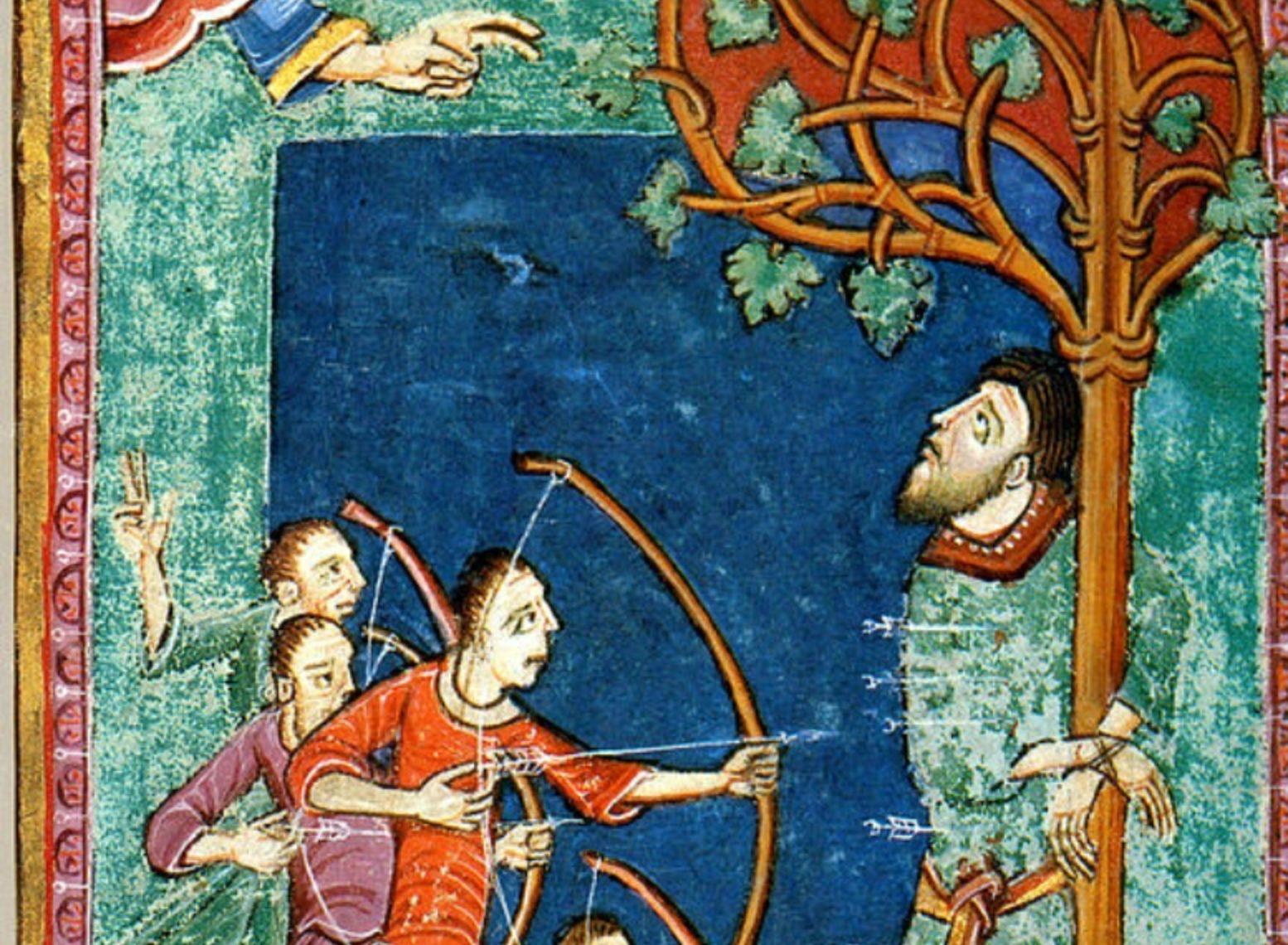 Edmund  is thought to have been born in 841, he succeeded to the throne of East Anglia on Christmas Day 855  and remained the king of the East Angles until his death on 20 November 869, following a battle against the invading Danish Heathen ‘Great Army’.

Very little is known about Edmund’s life or reign, as few East Anglian documents from that period have survived. Abbo of Fleury wrote Edmund’s biography over 100 years later, in about 986. Medieval writers also enjoyed relating wonderful myths and legends, which may (or may not) have been based on facts!

The Anglo-Saxon Chronicle for 870 states simply: ‘870. Here the raiding-army rode across Mercia into East Anglia, and took winter-quarters at Thetford; and that winter King Edmund fought against them, and the Danish took the victory, and killed the king and conquered all that land.’

Edmund was captured and when he refused to give up his Christian faith, the Danes tied him to a tree, shot him full of arrows and cut off his head. Legend says that when the King’s followers found his body, they heard a cry of “hic, hic, hic”, Latin for “here, here, here”, and discovered a wolf guarding his head.

We’re not entirely certain when Edmund was canonised (made a saint), but memorial coins bearing the inscription ‘Saint Edmund the King’ were minted at the end of the 9th century. In the early years of the 10th century, Edmund’s body was brought to Bury St Edmunds (then called Beodricsworth) where Athelstan (grandson of Alfred the Great) founded a religious community to care for his shrine.

In 1020, King Canute confirmed the site as a Benedictine monastery which eventually became the Abbey of St Edmund.  This soon became a place of national and international pilgrimage, particularly for the kings of England, and several medieval parliaments were held there. 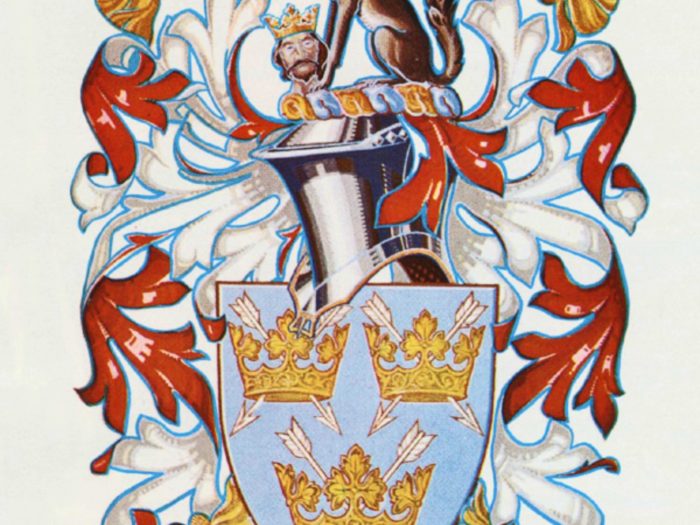 Coat of arms for St Edmundsbury 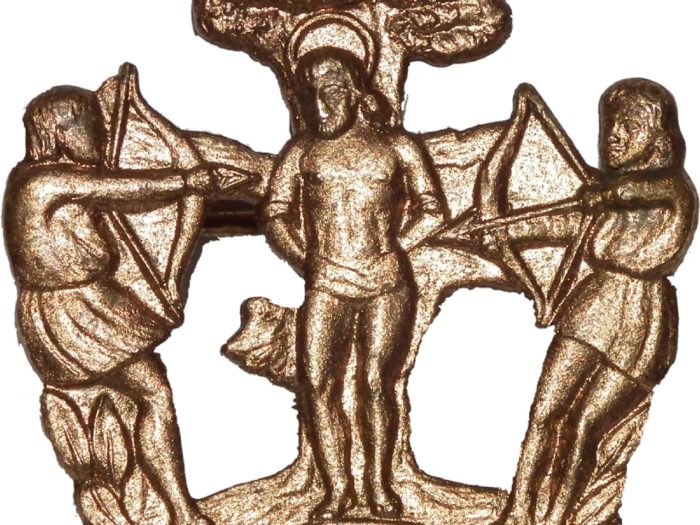 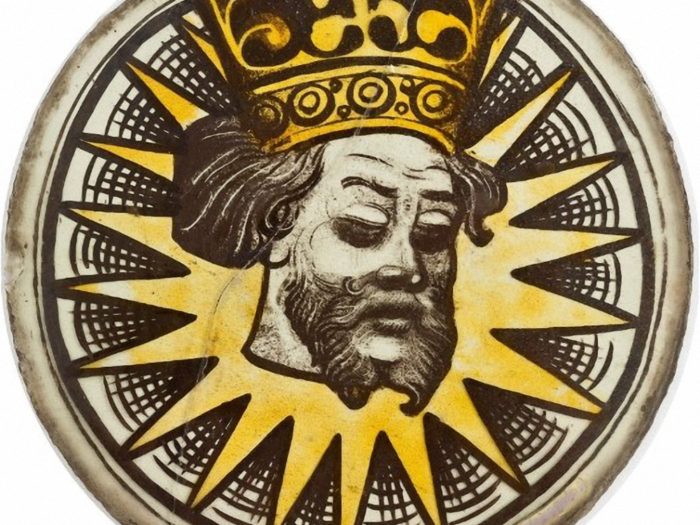 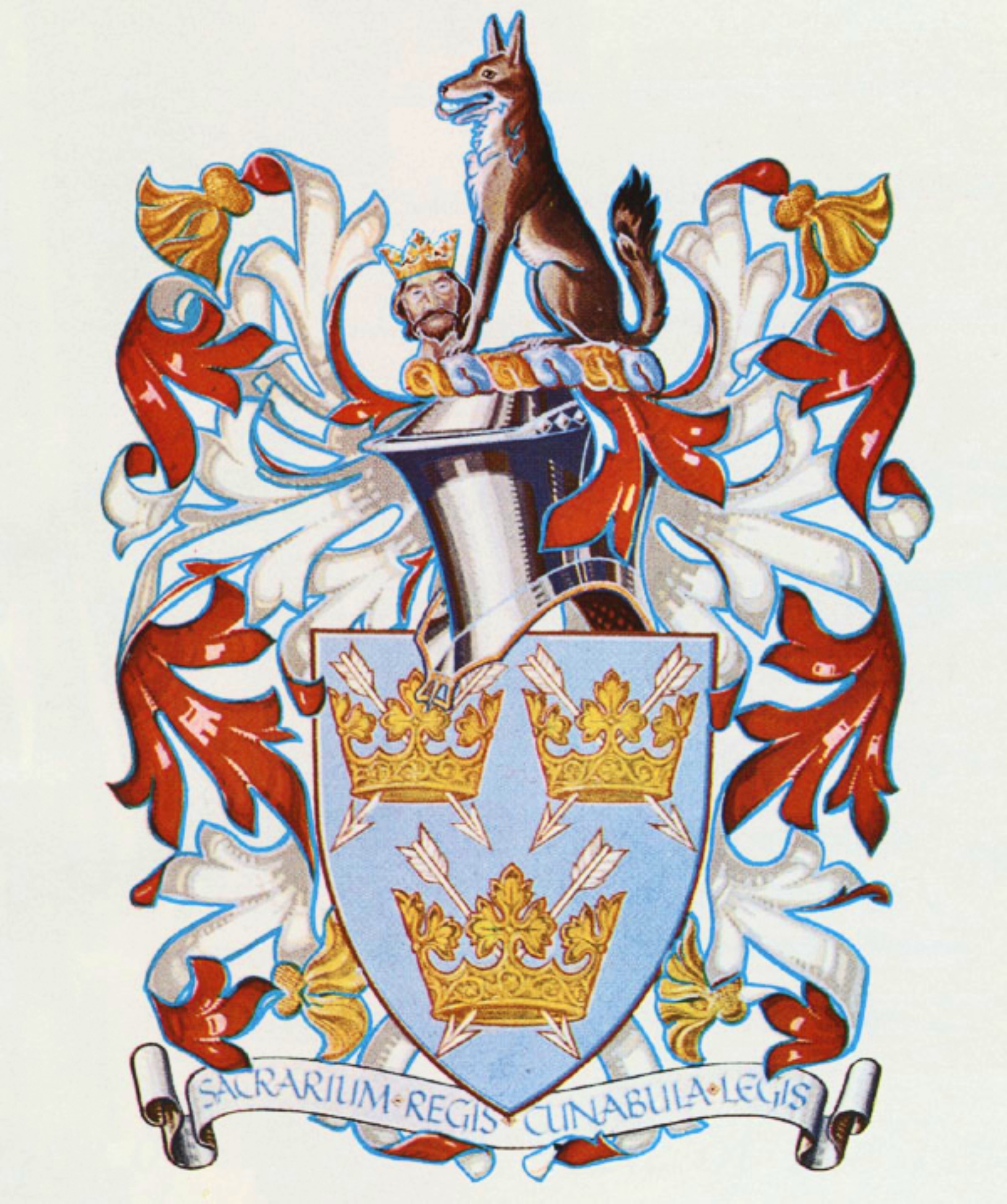 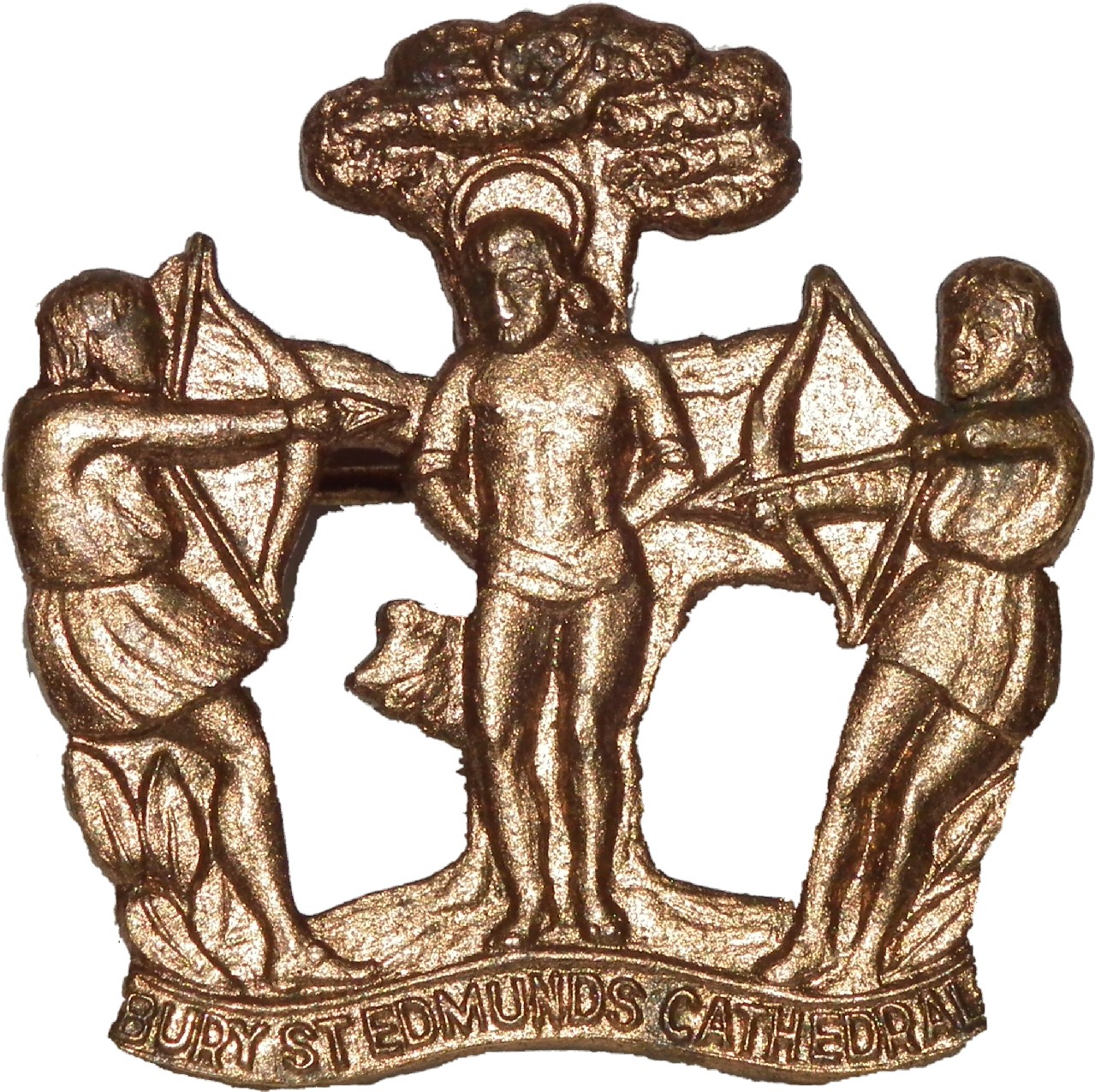 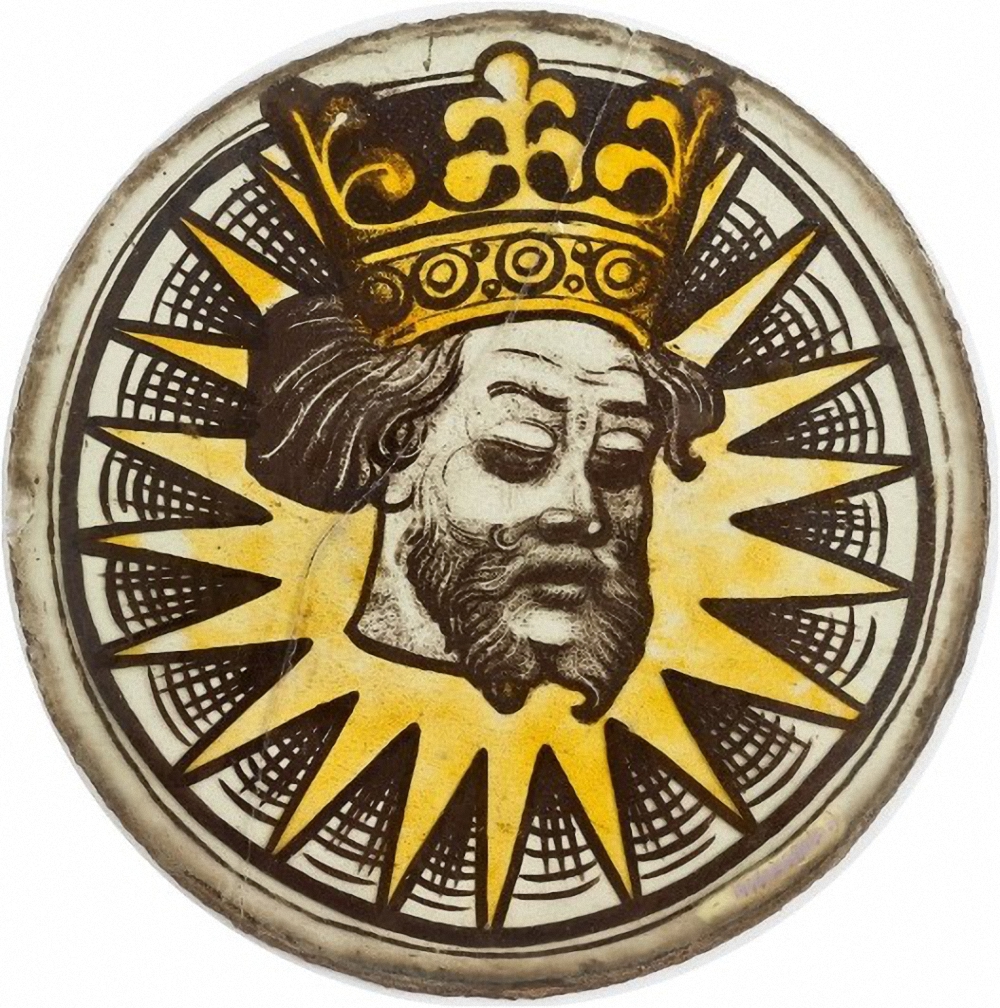 The wolf and Edmund’s head were later used on the coat of arms of Bury St Edmunds, along with crowns shot through with arrows and the motto ‘Shrine of the King, Cradle of the Law’ – which refers to the shrine and the meeting of the barons in 1214 before Magna Carta.

Edmund was the Patron Saint of England until 1350, when he was replaced by St George. As it’s debatable whether St George ever visited our shores, many people think Edmund should be reinstated as our Patron Saint!