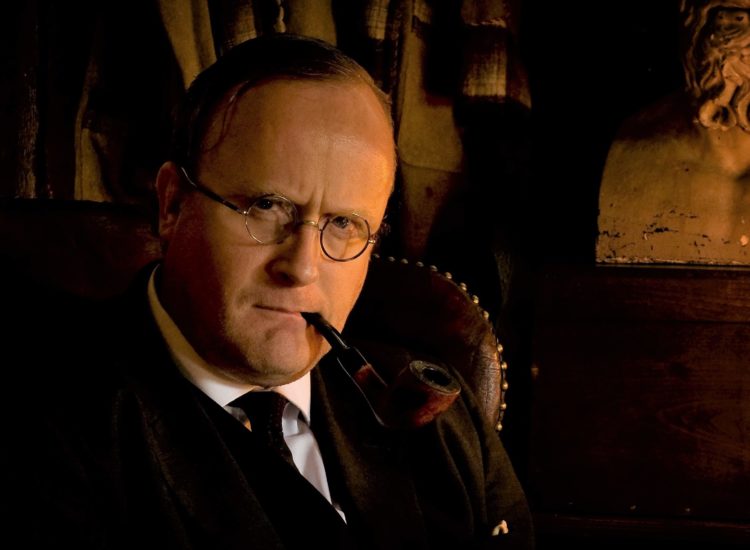 A dramatic recreation of M R James pivotal lecture on the Abbey of St Edmund is to be performed at The Athenaeum in Bury St Edmunds, the very same venue where the original lecture was first given some 90 years ago on 21 April 1932.

As part of the Abbey 1000 celebrations, Robert Lloyd Parry, a performance storyteller of M R James’ ghost stories, will give a dramatized reading of the lecture on Thursday 26 May, organised by the Abbey of St Edmund Heritage Partnership.

Looking forward to presenting M R James lecture Robert Lloyd Parry said; “I first came to M R James through performing his peerless ghost stories, but over the years I’ve become increasingly interested in his scholarly work, and I’m delighted to have a chance to portray this less well known side of his life. To be able to deliver the lecture in the same venue as James did himself adds to the thrill.” 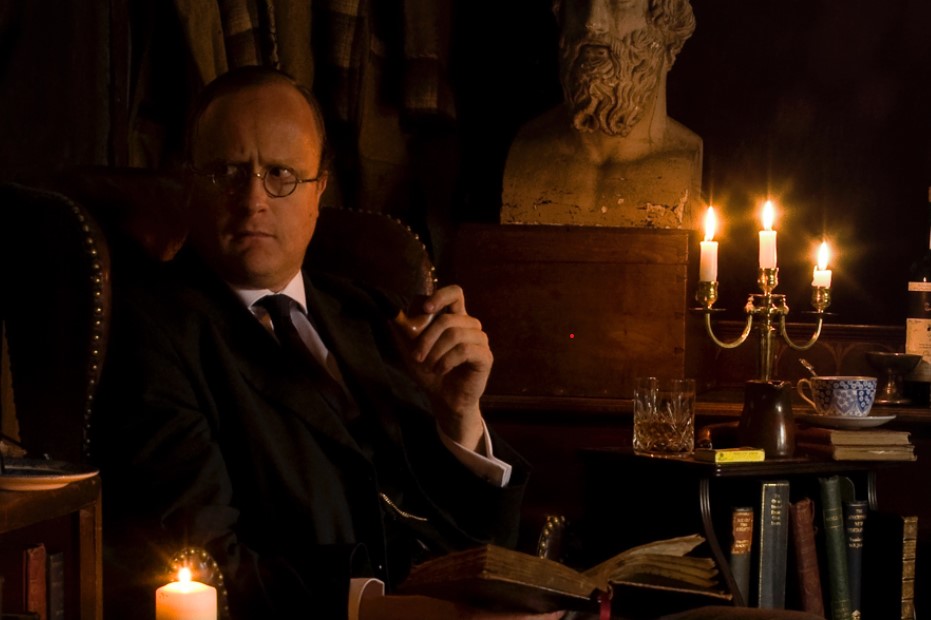 Although best known for his ghost stories, M R James work as a medievalist scholar remains highly respected. Brought up near Bury St Edmunds, researching the Abbey of St Edmund was a lifelong passion. He became the leading expert on its medieval manuscripts and the history and layout of its great abbey church. His 1895 two-part volume on the church and manuscripts was the single most important piece of research by an individual since the dissolution of the monasteries.

During this research M R James discovered reference in an abbey register in Douai to the burial places of several of the abbots. This led in 1902-3 to excavations in the chapter house revealing the graves of six abbots, five of which can still be seen today.

He also became involved in a heated public debate about the authenticity of the ‘St Edmund relics’, the alleged remains of St Edmund held in Toulouse. He doubted their authenticity, and his view was confirmed by scientific research nearly a century later.

Four years before his death, on 21 April 1932, he gave his public lecture On the Abbey Church at Bury at The Athenaeum, summarising his lifetime’s research in an imaginary tour of the abbey church in its heyday.

Handwritten notes for the lecture were found in Cambridge University Library by historian Dr Richard Hoggett in 2018, while preparing the Abbey Heritage Assessment.

He transcribed and published them in the Proceedings of the Suffolk Institute of Archaeology and History in 2020. The lecture will be introduced by Dr Hoggett.

The 90-minute reading of M R James on The Abbey Church at Bury at The Athenaeum, Bury St Edmunds on Thursday 26 May will begin at 7pm. Tickets priced at  £10 adults and £8 students/under 18s can be purchased online at www.whatsonwestsuffolk.co.uk or call 01284 758000. The evening is generously supported by The Bury Society.

The Abbey 1000 celebrations have been supported by a Heritage Grant from The National Lottery Heritage Fund and from Bury St Edmunds Town Council and West Suffolk Council. The celebrations’ commercial headline sponsors are CLAAS UK, Greene King and Treatt.