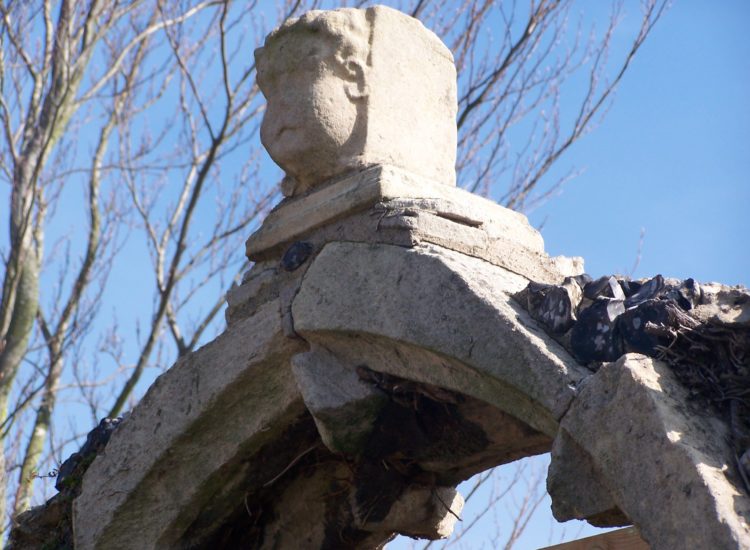 The immediate effects of the dissolution

It has been said that you will find robbed Abbey stone all over Bury St Edmunds such as in walls and cellars but not much further than six miles outside the town, the distance a cart  would get out and back in a day. However, given the enormous size of the Abbey Church alone, there is still a massive discrepancy in the amount of the ashlar limestone in the town today, where has it all gone? The nave itself twelve bays long, a bay the distance between piers or pillars often  in front of a stained glass window. Above, another level, a clerestory of clear glass that let in light.

Two soaring towers dominated the skyline, at the west front and at the crossing. There is also the subject of the many ancillary buildings which were part of this domicile for the 60-80 Benedictine monks that were here at any one time. In Moyse’s Hall Museum there are some pieces of carved Abbey stone, almost insignificant in relation to what was once there. Even the roof lead was stripped away and melted into ingots known as fothers, though Edward VI allowed part of the Abbey Church roof to remain for a short while for St James worshippers because their church was not completed. 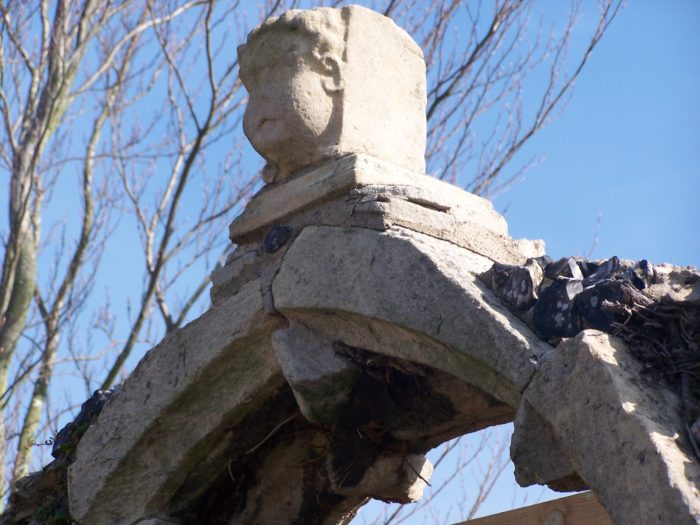 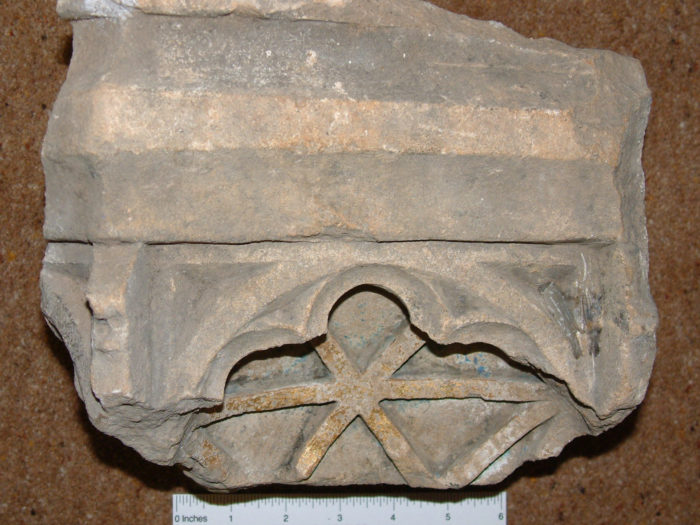 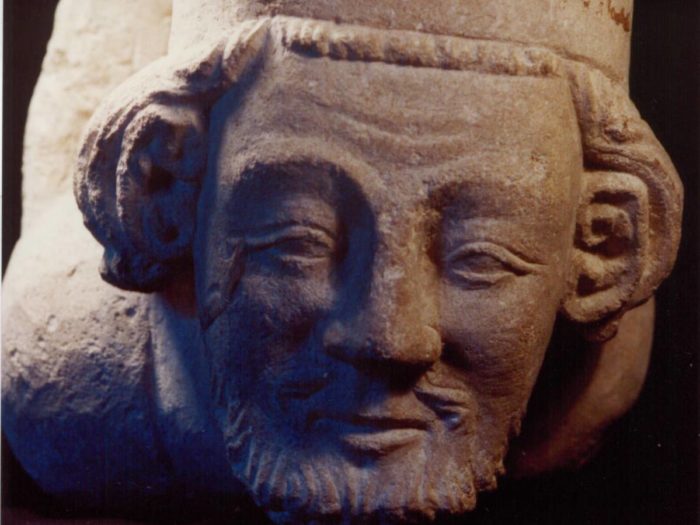 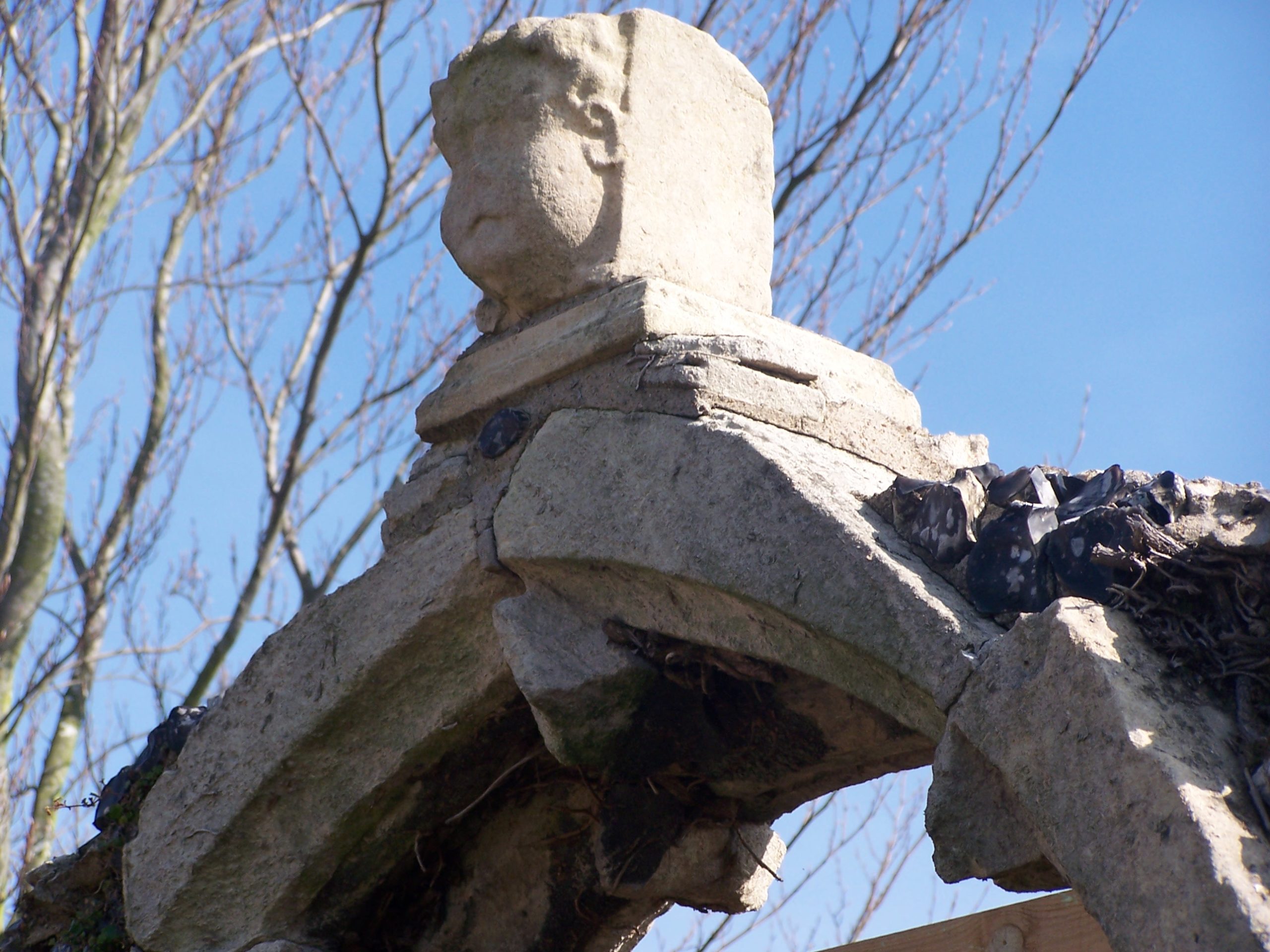 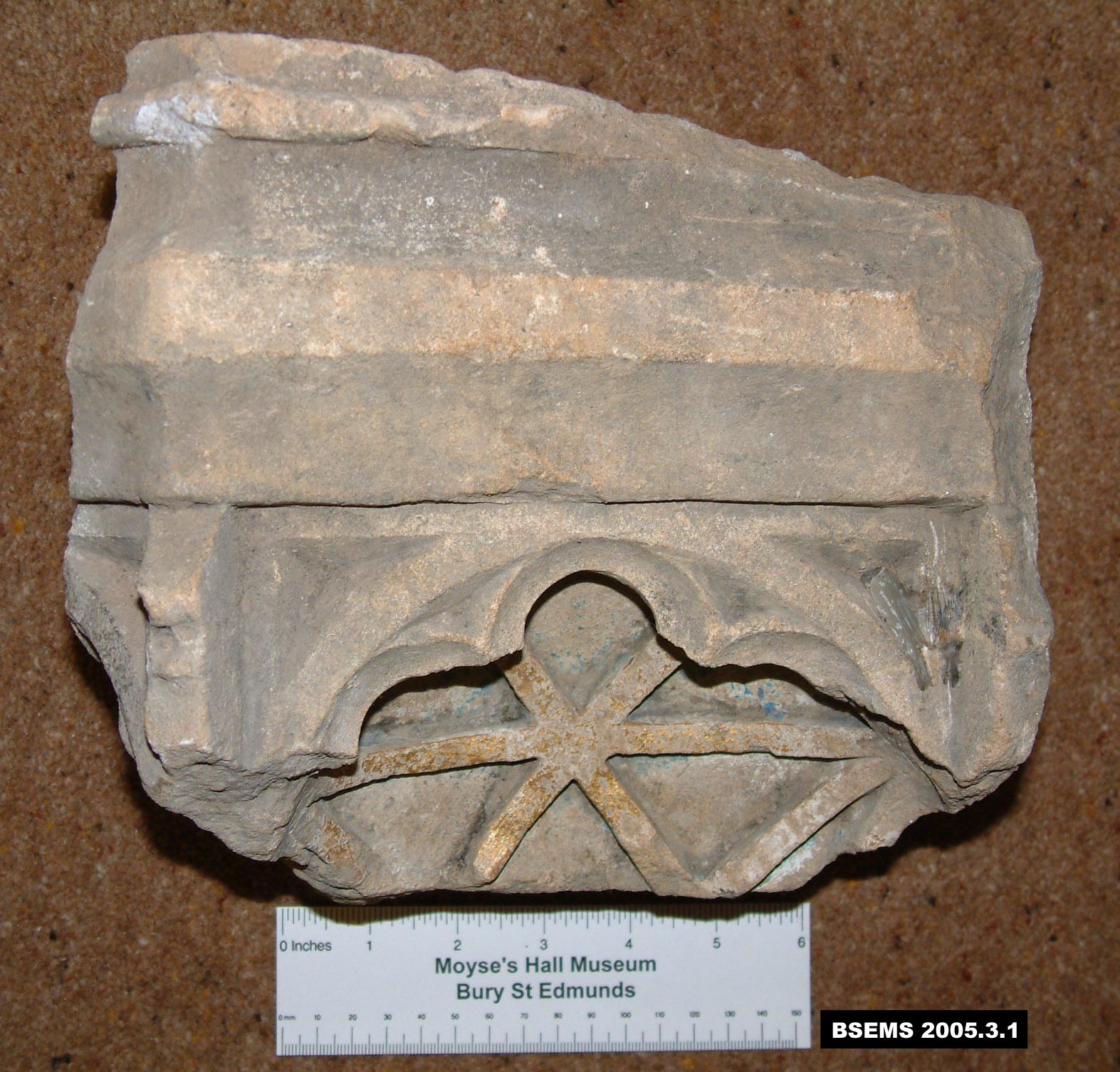 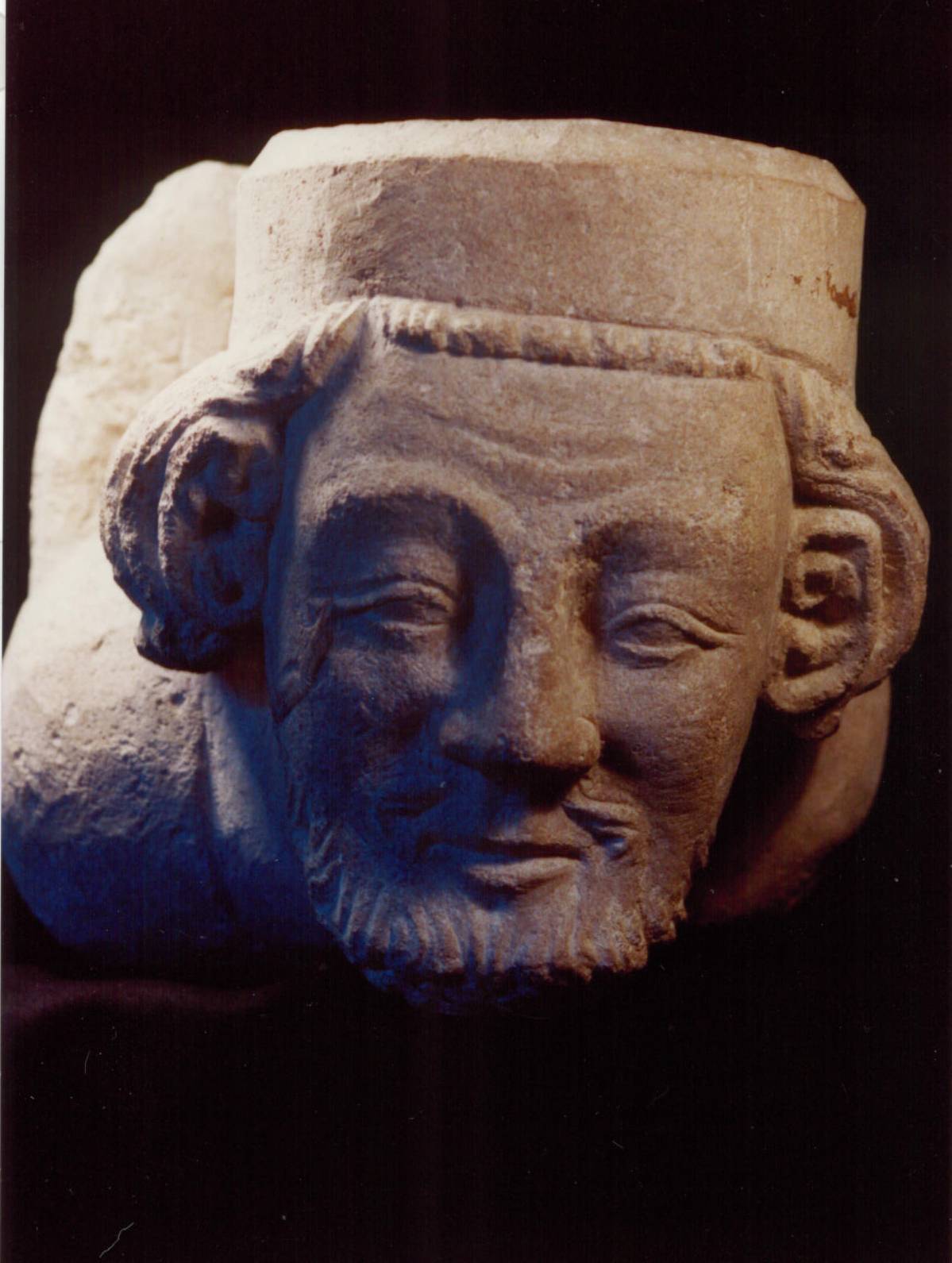 The dissolution in England is often referred to as the reformation, out went statues of religious figures such as saints, most notably absent in the empty niches on the Abbeygate today; also reliquaries, portable containers of relics associated with saints and martyrs. Souvenirs such as pilgrim badges purchased by the vast number of pilgrims that visited Edmund’s shrine were no longer sanctioned, iconography banished. Virtually anything and everything that was associated with the Church of Rome, even down to apparel and vestments worn by priests were now subject to scrutiny as laid down by the new Church of England.

As for the monks, some took up teaching posts, others continued within the Anglican Church although at odds with their new religious doctrine. With their ‘board and lodgings’ now curtailed the after-effects for the monks were quite dramatic as the reality of having to look after themselves sunk in. Some of the monks would have met with hostility as they were still seen to represent the abbey which had run the town.