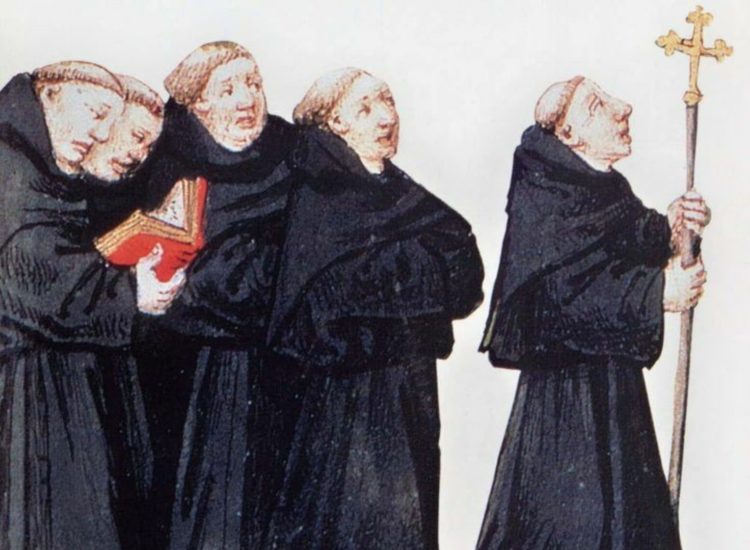 Traditionally the Rule of St Benedict commenced in 529AD when founded  in Italy. The monasteries and abbeys became important centres of religious life and learning, both theological and secular. Books were written and copied in the scriptoriums (writing rooms) of the monasteries and abbey schools trained the clergy and even members of the ruling elite. The monks dedicated themselves to Opus Dei, (work of God)  looking after Edmund’s shrine, divine worship, dispensing charity, following the bible and the Benedictine order. 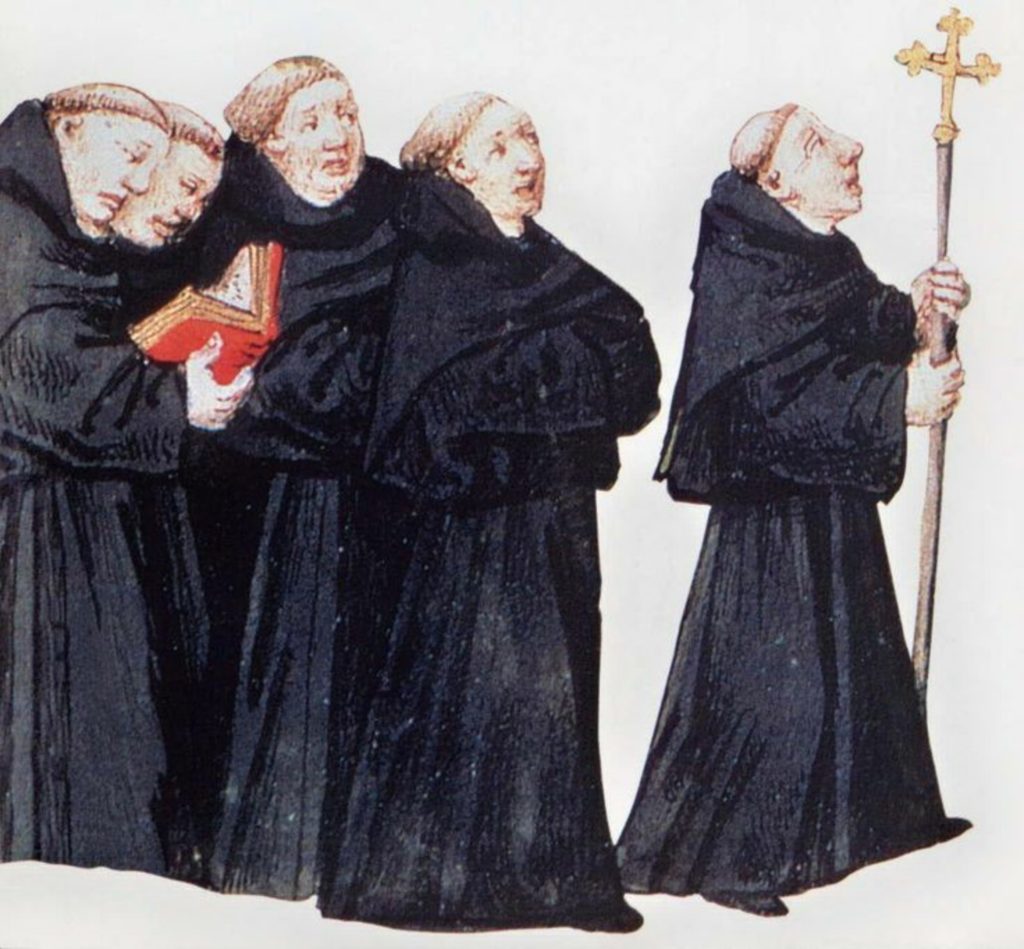 Within this there was a firm structure of the officers of the abbey known as Obedientiaries, to obey. Top of the tree was the mitred Abbot, elected by the monks themselves known as the Convent. Titled Lord Abbot, he would have chaplains attendant on him,  Joscelin of Brackelond perhaps the most famous as he was Abbot Samson’s chaplain. His chronicle of Abbey life fascinating. The Prior was next in line, taking on the abbot’s duties in his absence, his deputy the sub-prior had to ensure that all monks were accounted for last thing at night, no slipping away for some hanky-panky!

The officer who provisioned the abbey and oversaw the employment of servants, the Cellarer was a man of great importance, influence and integrity. His messuage or ‘house with the job’ was in Scuruns Lane, todays Cotton Lane, he oversaw disputes here and even held a court to try robbers.  All powerful in things associated with the town he could even collect the dung in the streets, lovely! No doubt the odd bribe came his way, if not he was sorely tempted.  After the Cellarer came the Sacrist, he looked after the vestments, plate and most importantly the infrastructure of the Abbey, its buildings.

Other important officers were the Camerarius, who cared for the welfare of the monks, their clothing and lodgings. Strangely the monks only wore undergarments if travelling afar, on their return they had to hand back these, hopefully to be washed before use by another monk!  The Hosteler looked after visiting pilgrims and visitors whilst the Infirmerer tended any sick monks and even arranged their funerals. The Refectioner or Comptroller of the Refectory, where the monks ate, also measured and doled out the cheese!  Lastly not least, the Almoner who distributed alms to the poor and needy.