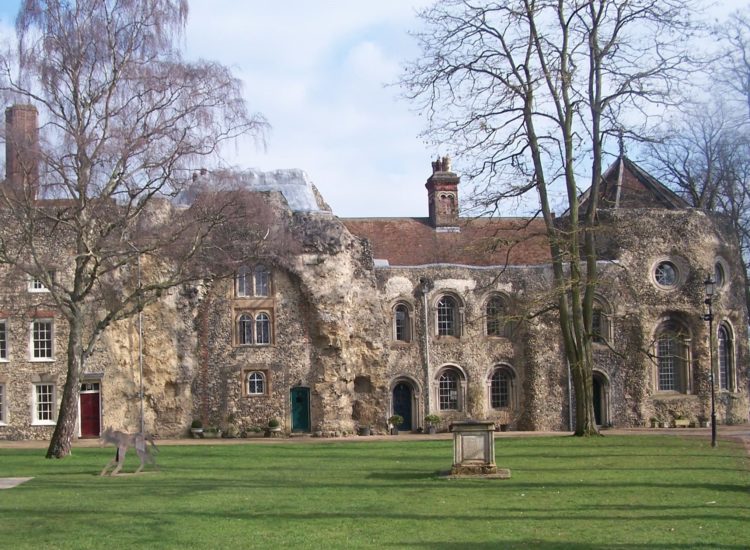 The Town suffers and recovers

Unforeseen circumstance of the demise of the Abbey were that the poor of the town were no longer looked after via alms and charity, gone were the Pittancer and Almoner. There was also a shortage of employment for a while, all of this would have to be addressed by the Guildhall Feoffees now running the town, although the much later Bury Workhouse in College Street, a part solution. That is not to say vagrants and beggars were tolerated, various means of pretending illness were utilised, sympathy a sure-fire winner!

Another consequence saw the townspeople take apart the abbey, brick by brick, stone by stone. If ever Bury residents wanted their revenge on the all-powerful rule of the abbey the time had now arrived, the realisation of it not returning eventually sunk in. In 1617 a strange consent was granted to Mary Middlemore a Maid of Honour to Queen Anne of Denmark wife of James 1st/VI to search the abbey grounds for treasure, permission given as James was a great supporter of the town, whether any treasure found is not known! 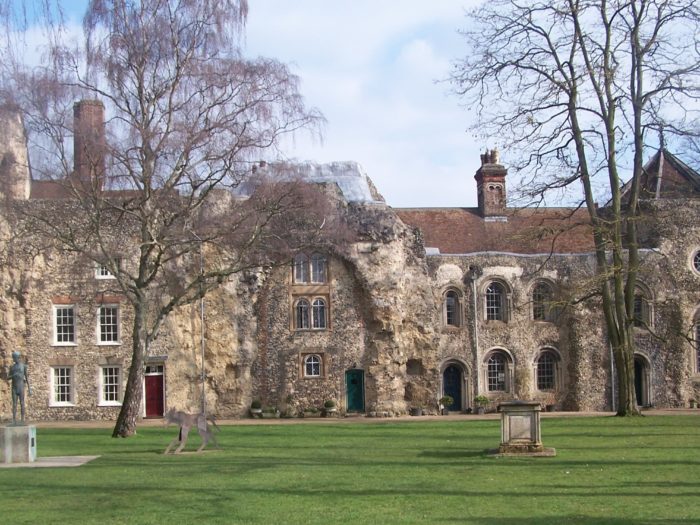 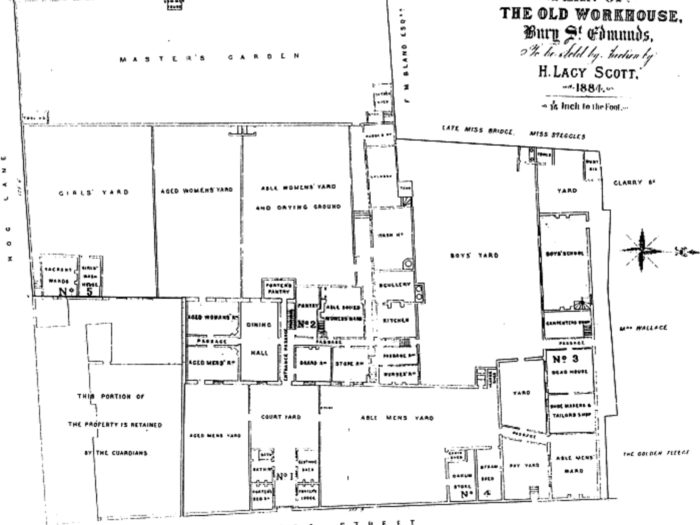 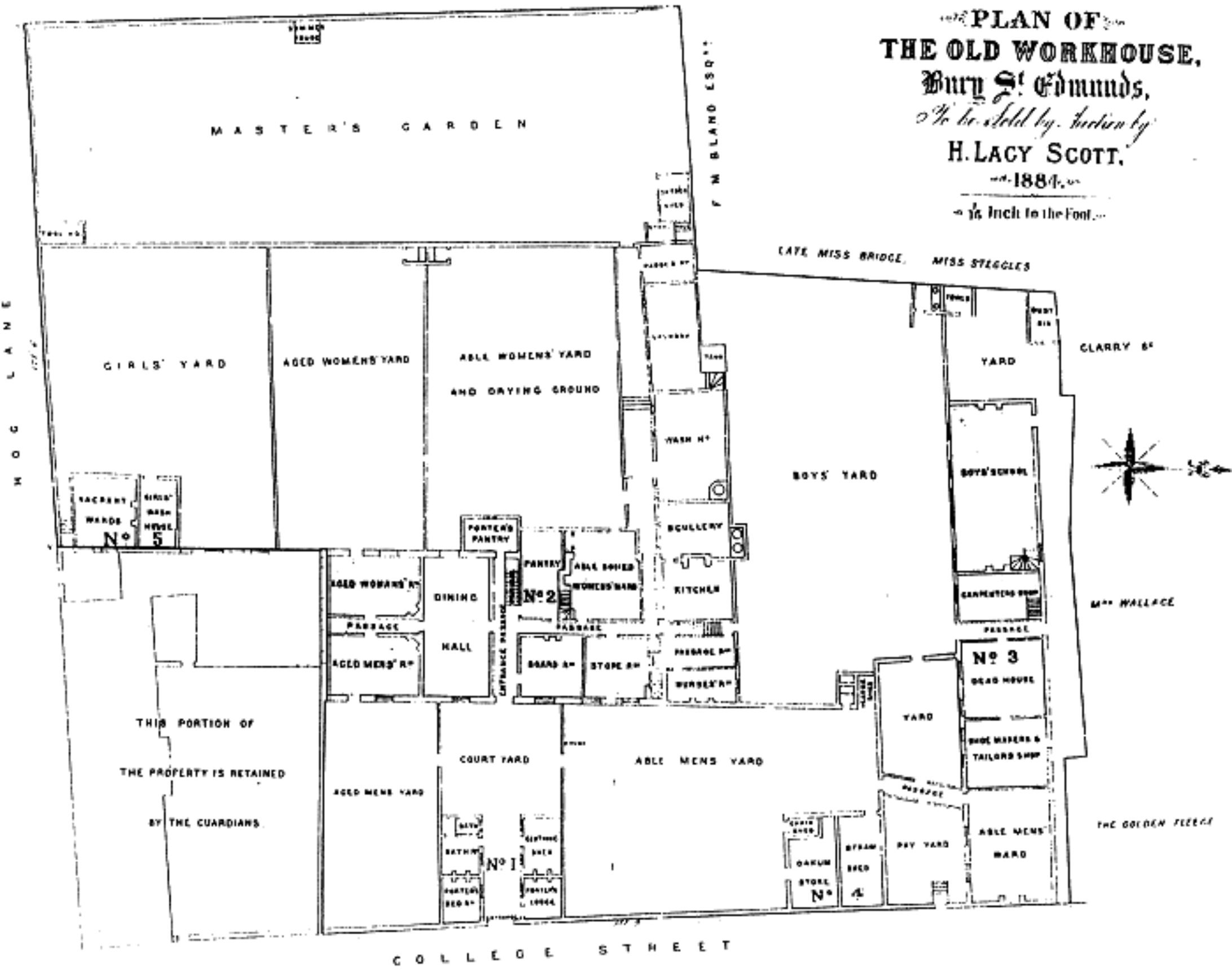 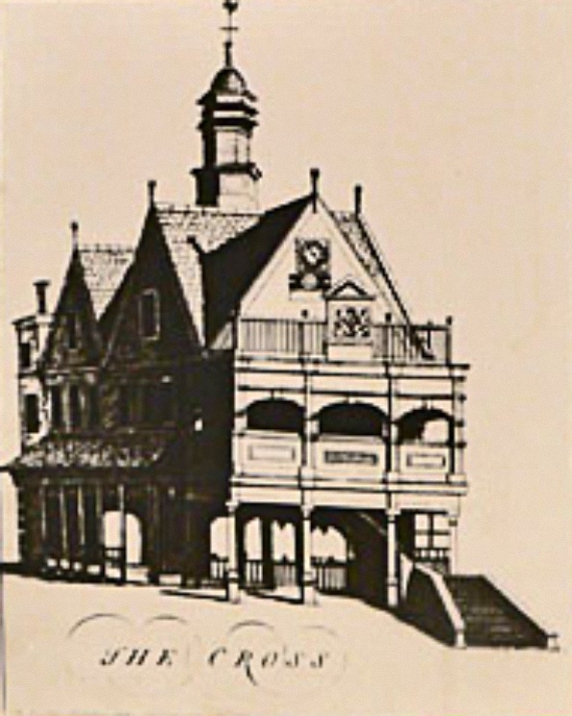 In 1720, Major Richardson Pack a prominent member of Bury society for some unfathomable reason pulled down the Abbot’s Palace which had only been re-furbished some time before. This was in deep contrast to houses being built into the Abbey’s West Front by the end of the 17thC, still with us. By 1767 most of the ashlar limestone blocks of the Abbey had been removed leaving just a flint and mortar core, evident today. Slowly but surely the prosperity of the town had been enhanced by the wool trade and the ‘better sort’ of people.

Quality buildings were being built in the town, Cupola House, the Market Cross, Cloptons Asylum, the Athenaeum and the Manor House just a few examples. The Cook Row was renamed Abbeygate Street and the town described as “ the Montpellier of England” by one visitor. Those who lived in timber-framed houses had them ‘Georgianised,’ brick or stucco fronts giving the illusion of new properties. This ‘newness’ continued with the growth of non-conformism, a mistrust and memory of religion Abbey-style would lead to a wealth of fine chapels and churches. The town now a popular, fashionable place to live!

By Martyn Taylor St Edmundsbury Abbey, one of the richest in the…

English Heritage reconstruct the Abbey Church in its splendour